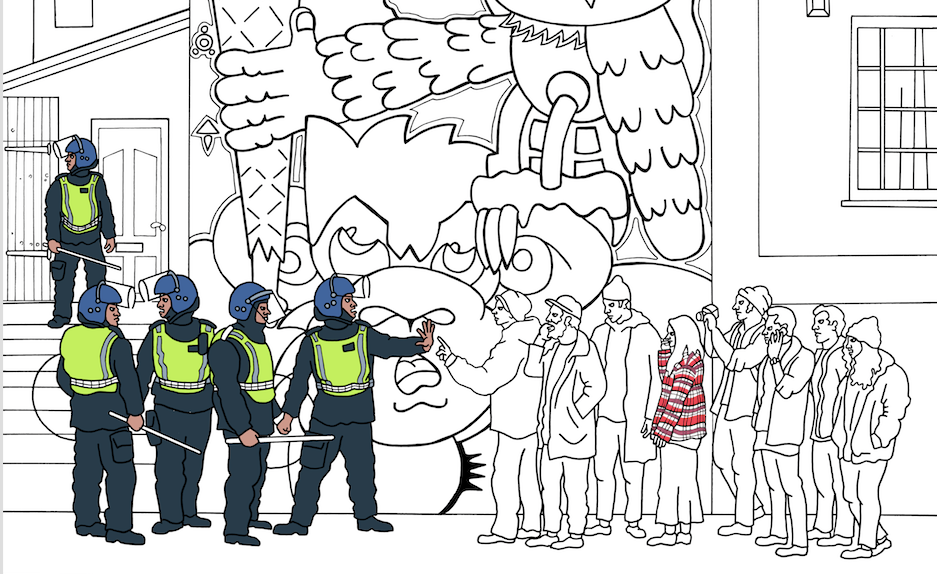 I have started digitally colouring my Stokes Croft Riot 2011 piece. I am anticipating that this could become my favourite piece once the graffiti has been coloured in. The figures at the bottom left include one based on a prominent Bristol Graffiti artist and also Kristen Stewart (because I found a photo of her that just shouted out 'bad attitude'). This piece also features a figure in the background, which is the first time I've tried this. Up until now my figures have always existed on the same 'plane'. It looks good, so this is something that I'll probably start to include more in future pictures.


I found a really nice little book 'A Knight And His Armour' by Ewart Oakeshott. This 1961 number includes a lot of detail about plates and layers that I have found quite difficult to find in other books. Two of these suits have provided me with the information that I need to develop two commissions that I am working on. They are pieces on the War of the Roses and the Border Wars between England and Scotland.

The Osprey series has been invaluable by providing pictures of armour, weapons and clothes throughout the ages. Most of these books use original sources (manuscripts, poetry, woodcuts, carvings, tapestries) to help them reconstruct what these people would have looked like. I'm currently spending a lot of time looking at European armour and clothes in the fifteenth and sixteenth centuries for a commission on the English and Scottish border wars of that period.

©2020 Kesdrawsfights. All rights reserved. No part of this website may be reproduced without permission.